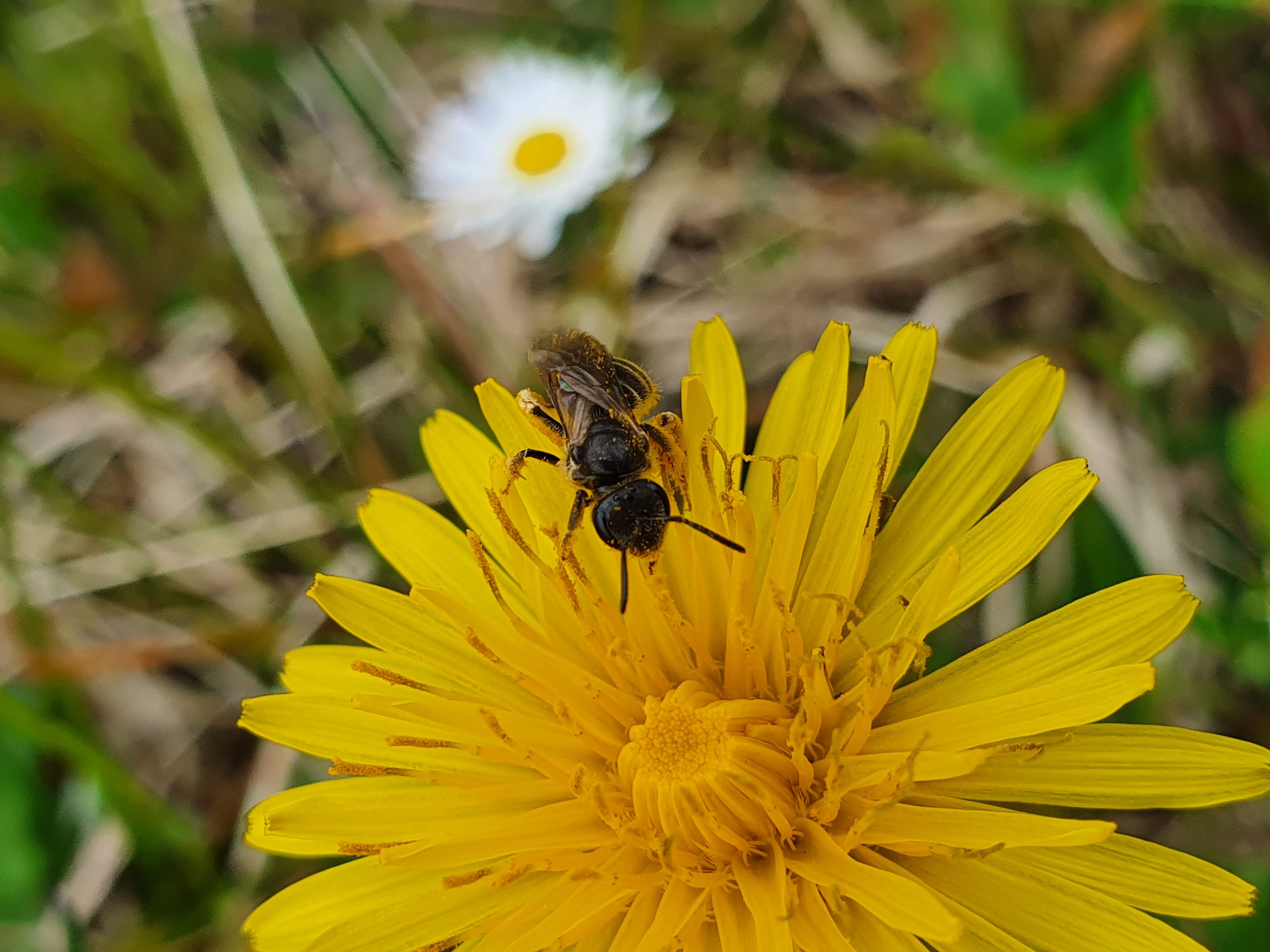 We like it when nature is tidy. Shortly cut, monotonous lawns, parks that look like football or golf courses instead of flowering meadows, became the standard in city parks. What we like to call an urban green oasis is, from a biodiversity standpoint, a green desert.

Cities are, in the first place, spaces where a majority of the human population lives, and their primary function is not to maintain biodiversity. City parks also have an important socio-cultural role. However, with increasing urbanization and numerous environmental pressures, such as pollution and climate change, it is becoming clear that the greening of cities is essential for a sustainable future and human health. Green cities are also becoming a clearly defined goal of global and European policies.

Wild pollinators are particularly interesting in this regard. Studies have shown that cities can support diverse wild pollinator populations. Pollinator diversity is sometimes, unexpectedly, higher in cities than in surrounding areas, especially if those areas are affected by agriculture. This is especially true for bees, but with careful management of urban parks, we can improve habitats for other groups of pollinating insects as well, such as hoverflies, butterflies, and moths. Cities can indeed become green oases, but they need minor changes in the way they manage their green spaces: primarily reducing the use of chemical pesticides and changes in the mowing regime.

The standard of a neat lawn is achieved by frequent, intensive mowing, which is scientifically proven awful for the environment. Frequent mowing warms and dries the soil, reduces the diversity and biomass of plants and animals, and prevents the flowering of plants that are an important source of pollen and nectar for pollinators. The moment the lawnmower passes through the park, pollinators, and many other animals are suddenly left without food and shelter. Research in European and American cities shows that a reduced mowing regime is environmentally and economically beneficial – leading to increased diversity of animal and plant species, reduced greenhouse gas emissions, and financial savings of as much as 36%.

For all of those reasons, we decided to test pollinator-friendly management practices in the city of Zagreb. Our collaborators for these activities are Public Institution Maksimir for the management of protected areas of the city of Zagreb, Zrinjevac Subsidiary, and Croatian Museum of Natural History, and we have the support from the City of Zagreb and the City institute for cultural and natural heritage conservation. We defined test plots in three city parks: Maksimir, Ribnjak, and Rokov perivoj. In those parks we will establish the so-called short-flowering meadow – an area mowed only 4 times a year, and a long-flowering meadow – a strip along the edge of the lawn or a larger area mowed only once a year. This is an example of a mosaic mowing regime – although all surfaces are cut, not all are cut at the same time, so at least part of the area is in bloom at all times.

This mowing regime is based on similar actions from All-Ireland Pollinator Plan, which we have adapted to our conditions. This Plan has been a huge success in Ireland, where its implementation started in 2015. For example, one of the unexpected results was an increase in the number of rare orchids, which began to flower on roadsides just a year after the reduction of the mowing regime. Ireland is a great example, but good stories can be found in other cities as well, such as the urban meadows in Berlin, the Olympic Park in London, and beyond.

In Zagreb, for a start, we expect to see more dandelions, clover, and daisies in bloom, all fantastic native plants and a good source of food for pollinators. Pilot plots are also our Cro Buzz Klima project areas, and we will continue to monitor the abundance and diversity of plants, bees, hoverflies, and butterflies, which we partially started last year. This will allow us to assess how these changes are affecting urban biodiversity and how to plan the management of the green spaces of our cities in the future.

P.S. If you belong to the part of the population that is wary of any bugs (useful to humans or not) and you are a little scared of all this, keep in mind that the increase in insect diversity (= larger number of different species) prevents pest outbreaks (= sudden increase in abundance of one species). Greater diversity means more natural enemies and a shift towards ecological balance. It also positively impacts the populations of other, larger predators (such as swallows, blackbirds, and other birds that feed on insects).