Since the beginning of the Industrial Revolution, our planet has warmed by more than 1 degree Celsius as a direct result of the increased concentration of carbon dioxide and other greenhouse gases in the atmosphere. This increase in concentration is caused by human activities – primarily the use of fossil fuels, but also agriculture, deforestation, and other land use changes.

The most famous long-term measurement of atmospheric CO2 concentration, which continues to this day, began in 1958 when the American chemist Charles David Keeling began measurements at the Mauna Loa observatory in Hawaii. The graphical representation of this data, the Keeling curve, is undoubtedly ascending, meaning that the concentration of carbon dioxide is in constant and significant rise. The first accurate predictions of climate change relative to future increase in the concentration of CO2 – and thus the first scientifically accurate climate model – was published by Manabe & Wetherald in 1967.

Although the rise in average Earth’s temperatures can be traced over a long period, the sharp rise in the 1980s is considered as one of the first tangible and widely communicated testaments of climate change. This is also the decade when scientists reached a consensus on the impact of human activities on rising temperatures, and recognized the need to take urgent steps to reduce greenhouse gas emissions. Today’s leading international organization for climate change, the Intergovernmental Panel on Climate Change (IPCC), was established in that period, in 1988. The IPCC reports summarize and consolidate scientific research on climate change, and are key documents for the adoption of climate policies.

Climate change is a term used to describe all changes in the earth’s climate. This includes not only changes in average temperatures, but also changes in precipitation patterns, the rise of sea levels, changes in tidal regimes, snow cover, and glaciers. In addition, climate change causes the increase in frequency of extreme weather events, such as hurricanes, wildfires, droughts, and floods.

The last published IPCC report (AR6) addresses the physical science of climate system and climate change, synthesizing around 14,000 peer-reviewed scientific publications. This report lays out with “unequivocal certainty” that human activity caused current climate change, that some of the changes are irreversible, and that we need to make fundamental and transformative changes in our society in order to rapidly reduce our emissions.

Addressing climate change is important for biodiversity conservation, and at the same time, conserving biodiversity can play an important role in climate change mitigation and adaptation. Conservation of diverse pollinator communities is important for the resilience of terrestrial ecosystems against all environmental stressors, including climate change. Pollinators are essential for the survival of the vast majority of plant species, by maintaining their genetic diversity, reproductive potential, and by affecting plant survival in extreme weather conditions. Research on agricultural plants shows that pollination helps plants tolerate thermal stress and that it has the potential to maintain the stability of plant populations. Adaptation to climate change is a process that entails predicting the negative effects of climate change and taking measures and actions by which a particular group, sector, or system adjusts to current and future climate conditions. The goal of adaptation is to minimize or avoid harm. For pollinators, this means understanding the direct and indirect impacts of climate change on the abundance and diversity of pollinators in order to take the necessary actions for supporting climate resilient pollinators and ecosystems.

In particular, we need to test how different environmental factors (diversity and composition of plant communities, temperature, habitat type, management, etc.) affect pollinator communities in Croatian ecosystems. It is also important to take into account other drivers, e.g. to understand the combined impact of climate and land use change. The Cro Buzz Klima project will help us answer how we can increase the pollinator abundance and diversity through management, habitat restoration, and protection, and by increasing ecological connectivity at a higher spatial level.

Bumblebees are large, hairy bees from genus Bombus, with 265 species described globally, the estimate for Croatia being 30 to 40 species. Most bumblebee species are social – they live in organized communities with the division of labor into reproductive (queen and male) and workers’ caste (workers). Bumblebees build their nest underground (mostly) or in trees (some species) and their colonies are annual – in the fall, all workers die. Only the new queens overwinter, with the task of establishing a new colony in the spring.

Bumblebees originated in the Himalaya region. Although they occur in all climates, including subtropical and tropical, in warmer regions they mostly inhabit higher altitudes. They can tolerate extreme cold and their diversity is highest in temperate and cold regions of the Northern hemisphere. Due to their large body, dense hairs, and endogenous thermoregulation (they can produce heat and raise their body temperature above the environment temperature), bumblebees are the only bees we encounter in high mountainous areas and north of the 60th parallel, in habitats such as boreal taiga and tundra.

Due to their relative popularity, bumblebees are the best-researched group of bees in Europe. There are 68 known species of bumblebees in Europe, of which 23% are threatened, while 45 % have a declining population trend. They are also particularly vulnerable to climate change. Scientific research shows that they have low tolerance to heat stress. They typically experience heat stress on hot days, annual frequency of which is on the rise due to climate change. Due to their size and ability of buzz pollination, bumblebees are excellent pollinators of agricultural crops, and the ecosystem services of individual species of wild bumblebees are estimated at $ 5,000 per hectare.

One of the goals of the Cro Buzz Klima project is to investigate the bumblebees of the Alpine region of Croatia and analyze how bumblebee species ranges will change under the different climate scenarios. We need this knowledge to predict the negative impacts of climate change, and to propose adaptation measures. Find out the news about the Cro Buzz Climate project 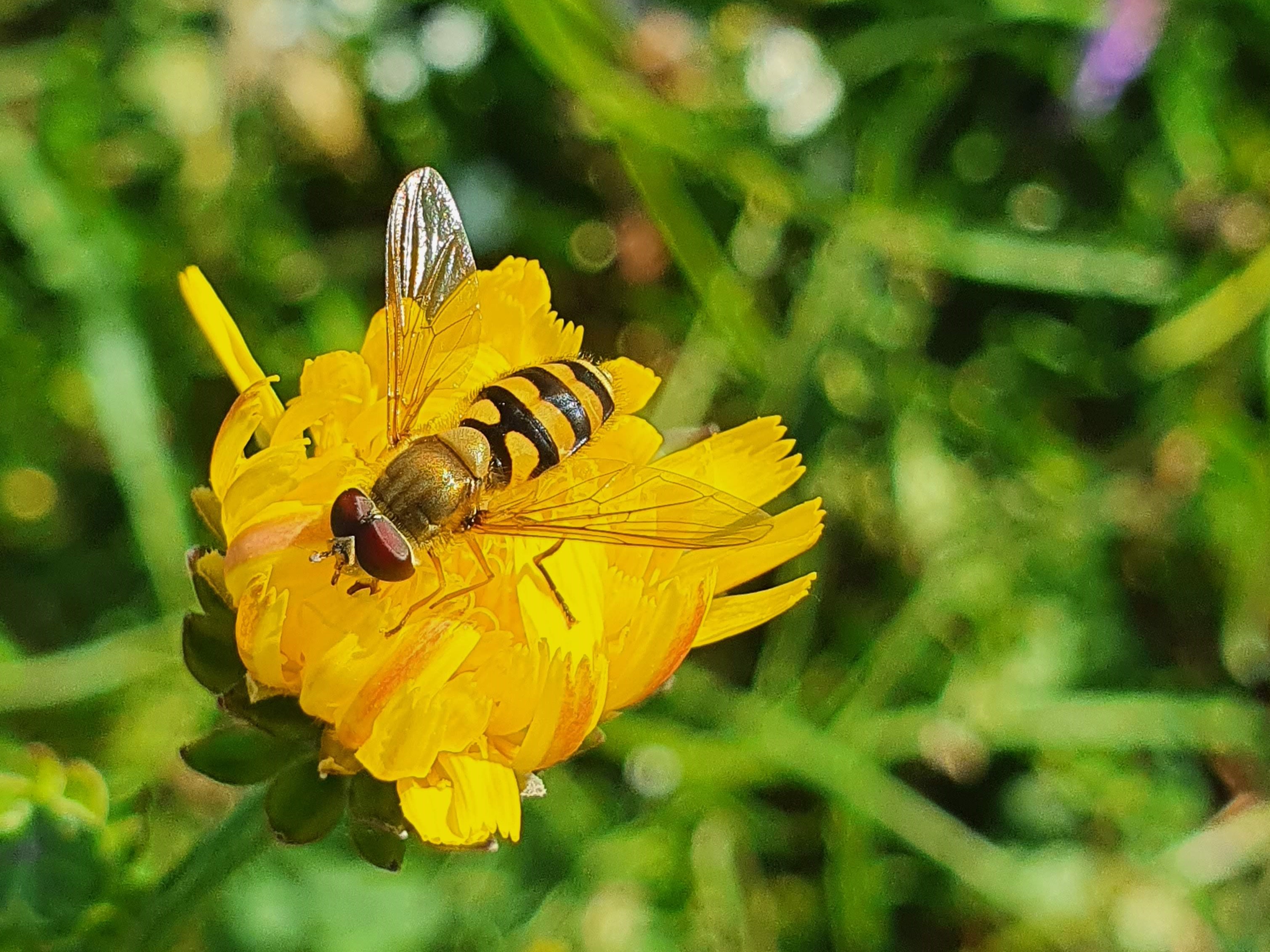 Pollinators on the edge: The European Red List of Hoverflies

The European Red List of Hoverflies, which provides conservation status for European hoverfly species, was published...

END_OF_DOCUMENT_TOKEN_TO_BE_REPLACED 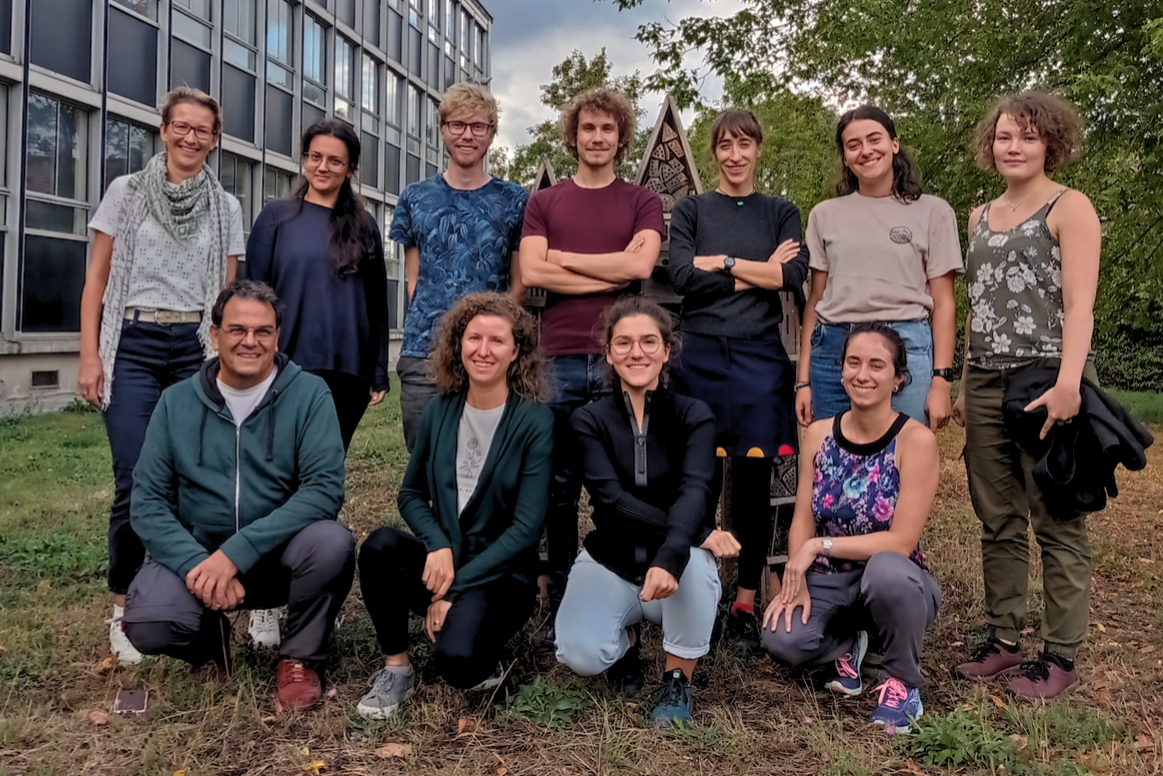 We spent the last week at Mons University in Belgium, where we learned to identify species of difficult wild bee...

END_OF_DOCUMENT_TOKEN_TO_BE_REPLACED 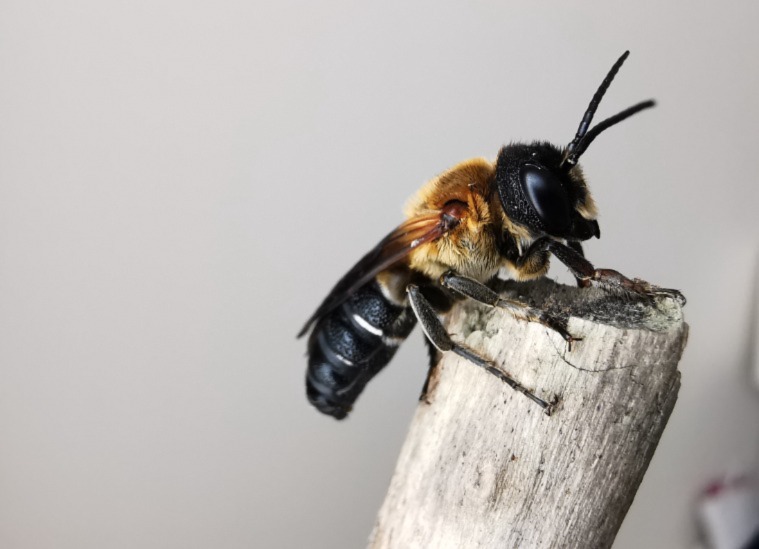 A new study is published about alien bee species that is spreading across Europe The sculptured resin bee, Megachile...